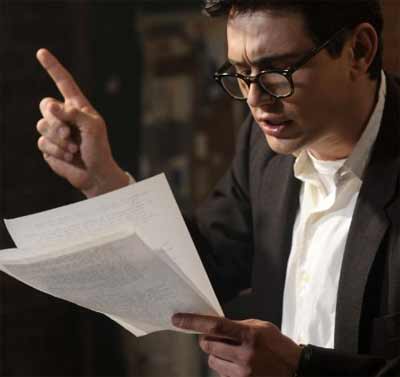 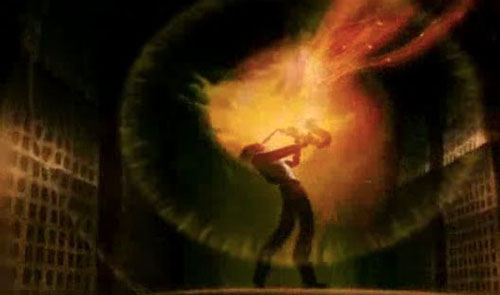 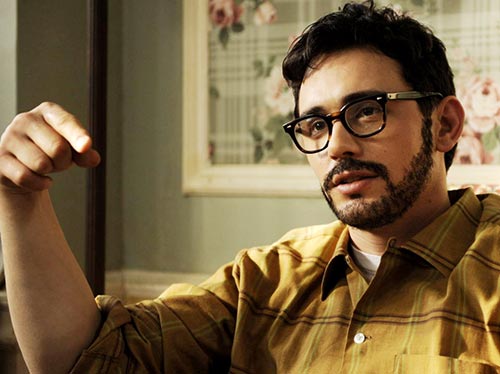 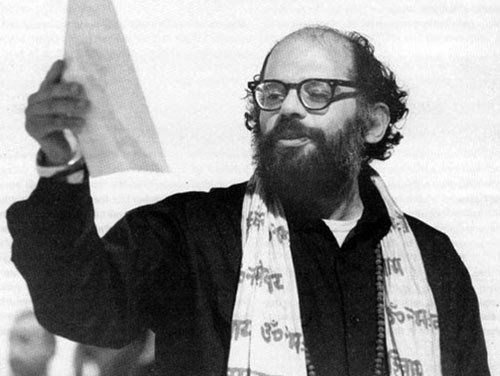 A little more than fifty years ago, Allen Ginsberg's poem "Howl" was published. This film celebrates that poem.

One thread is an interview Ginsberg gave about creativity, life and this poem in particular. Another thread is the obscenity trial ignited by the publication of the poem. And the third is the actual poem, read by James Franco as Allen Ginsberg and accompanied by animation. And music. 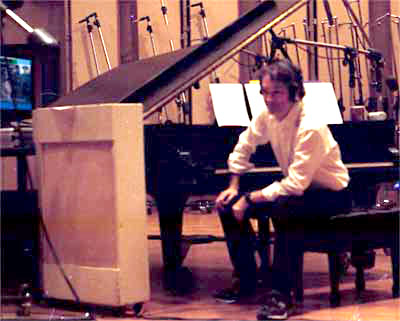 Carter at the piano 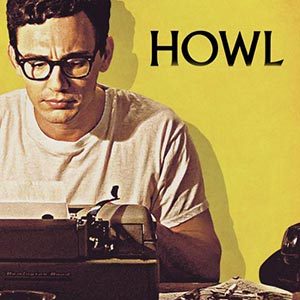 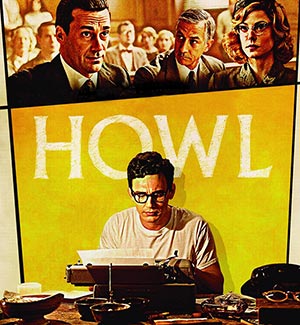 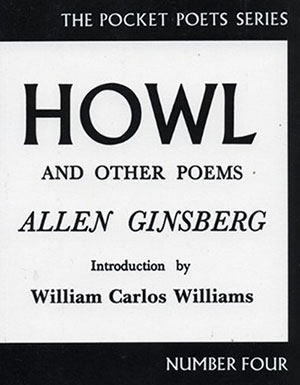 Sometimes, even before you have a fully developed concept for a film, you know who you want to work with. Before we wrote the screenplay for HOWL we approached Carter to create the score. We had worked together on our previous movie The Celluloid Closet, which was a dream come true. Carter said "If you're looking for jazz, I'm probably not your guy." We said, "We want you, and we don't want to go for the obvious."

Once Carter saw a cut of the movie his approach was to let the spoken-word poetry be the jazz. He composed a score to support the emotional ebbs and flows of the poetry, as well as the hallucinogenic rides of the animation. He assembled a dazzling ensemble of virtuoso soloists to perform it. The results, as always, are beautiful, haunting, and thrilling. 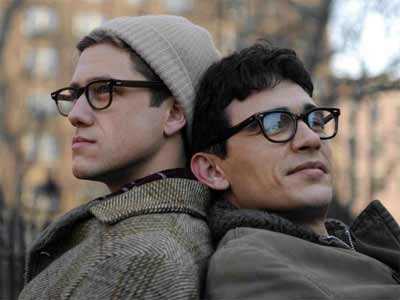 In addition to the credits given under Film Info, these were the key people working on the score: 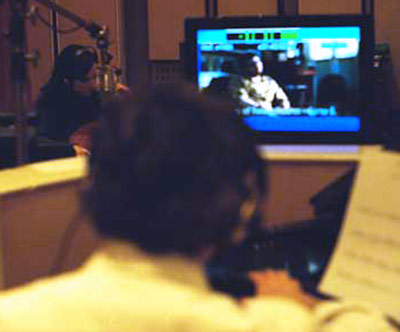 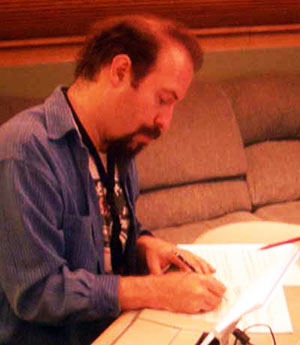 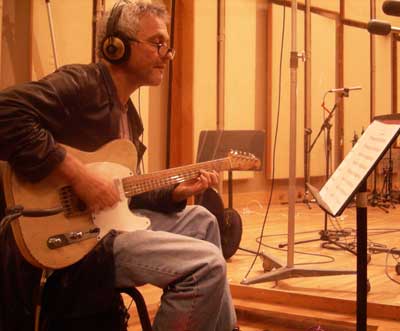 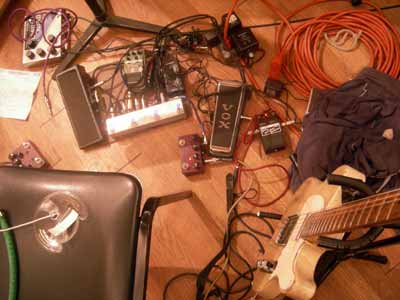 By Rob Epstein and Jeffrey Friedman 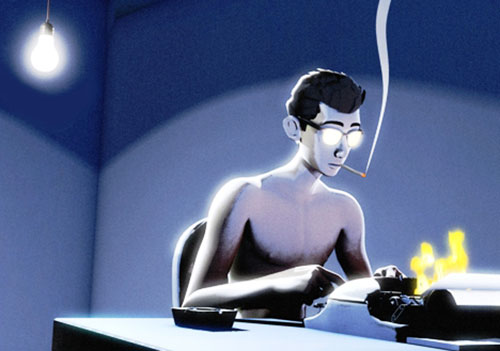 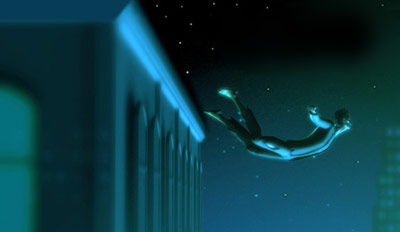 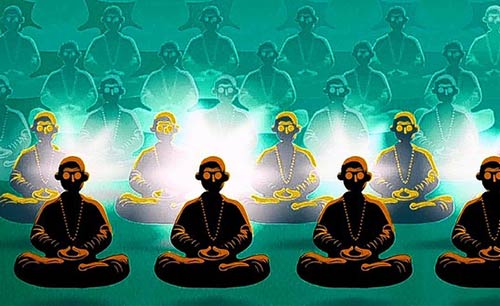 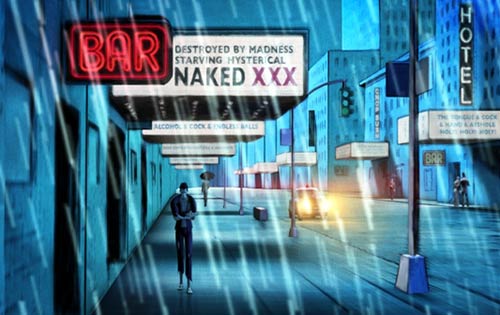