From the Program Notes

Again and again in its search for the eternal, humanity returns to Number.
It is the thread from which every model of the universe is woven.
It is most abstract, yet most concrete.
Open to inquiry, yet undeniable.

Some versions of the Kabbalah teach that the first elements of Creation were the numbers and the letters of the alphabet.
Music follows from number as inevitably as text follows from letter, its every element - pitch, harmony, rhythm - being a numerical structure.

In The Celestial Alphabet Event we investigate the distinctions between different numbers by performing a close reading of the musical text.  Instead of stating a theme and expanding on it, we state a theme and reduce on it, examining the order of its structures and elements, such as pitch, harmony, and rhythm.

Eventually we arrive at a point where these three elements become one.  This happens when overtone singing yields harmonies out of a single note, and beating tones generate rhythms out of a single harmony.

Inspired by the Kabbalists' methods of reading, we endeavor to grasp the essence of music by peeling away its layers of apparent meaning, such as melody and thematic development, to reveal the underlying numerical structures.

In feeling these numbers we are connected to a song which is beyond our ability to "compose", yet which would remain unsung without us.

This music was developed collaboratively with this group of extraordinary musicians, and bears their marks as much as mine. 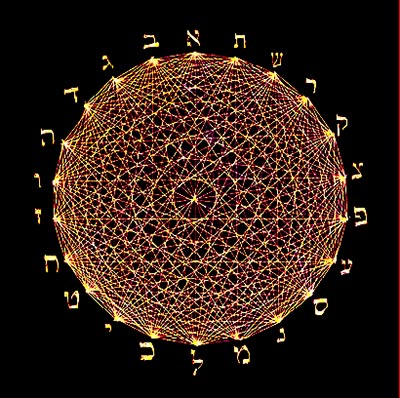 The Celestial Alphabet Event is inspired by the concepts and structures of the ancient Jewish mystical teachings of the Kabbalah.  This tradition, though as variegated in custom and belief as its practitioners, is bound together by certain essential doctrines.  Chief among these theories is a cosmology in which, in the initial moments of creation, a disaster occurs in which God, who is in the process of emanating Light into a series of ten vessels that will hold the qualities of the Divine Being, makes a miscalculation of strength and shatters the majority of the vessels.  The shards of these vessels then fall to earth, and become trapped in the dense matter of the material world.  Heaven is then helpless in the face of this catastrophe – it is up to human beings, through love, meditation, and good works, to free the sparks of light and restore harmony to the universe.

The Celestial Alphabet Event takes the Kabbalistic model of creation, and some of its attendant myths, and interprets it as an essentially human metaphor.

Though primarily focused on intellectual and apparently abstract pursuits, the Kabbalah was practiced in its heyday by a people whose secular lives were filled with the constant shadow of oppression.  Their passionate commitment to intellectual and spiritual rigor became both a collective and personal method of nurturing imagination, life and survival.

Our own lives and oppressions, some radically different in form and some strikingly similar, demand no less of a commitment to revelation and restoration, and carry the same sparks of divinity awaiting us to be freed.

Lastly, I would like to acknowledge the invaluable contributions of the cast, crew and designers in developing this production. 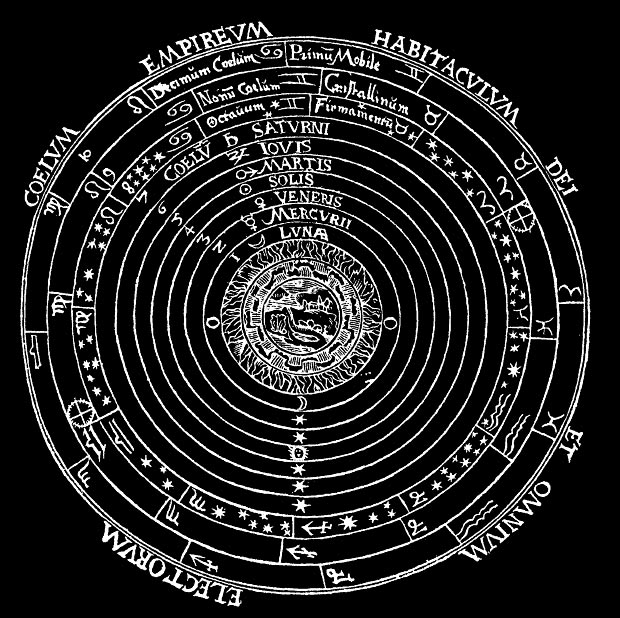 Written and Directed by Adrienne Weiss

Here are examples from the score to The Celestial Alphabet Event: 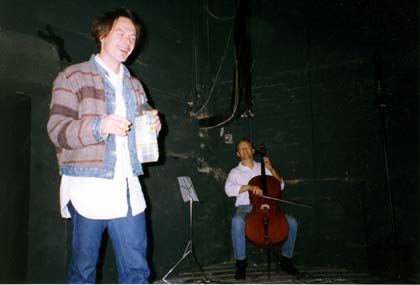 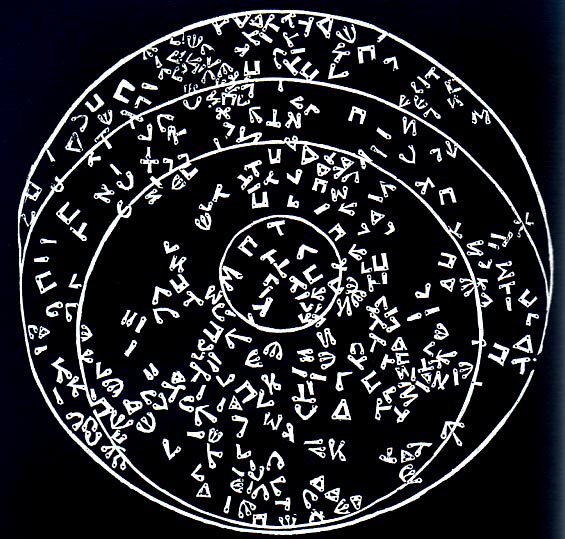 The image of the Celestial Alphabet Event is from a 17th century Christian kabbalist, Jacques Gaffarel. The vertices of Hebrew letters are applied to the stars and can be variously combined into words. The sky becomes a visual poem which, while unchanging, can be read any number of ways.