Michael Caton-Jones and I had made three films together at this point (Doc Hollywood, This Boy's Life, Rob Roy), so it was a forgone conclusion that I would work on "The Jackal", although I didn't care for the script at all. It was a remake of an extraordinary film ("Day of the Jackal"), and what was the point of that?

I watched Michael go through a process familiar to most directors. He had worked for years to get a more unusual, more "arty" film going, but when he couldn't he settled for a well-paid job: "The Jackal". As I recall there wasn't even a satisfactory ending to the script when they started shooting. The studios' contract with the actors union was expiring and the fear of a strike was sending a lot of questionable films, which otherwise would have gone through months more development, into production.

So I think it's fair to say that the production had problems from the start. And once it was shot, with all its exotic locations and cool weapons and such, there was still a pacing issue that was hard to lick. The original version of the film is very much a film about process - there's not much dialog, you mostly watch people, in this case an assassin and a detective, performing their craft with diligence. But in the remake a lot of this process is slow and turgid. The one part of the film that had the requisite pace and inventiveness was the opening credits, which was created by the English group Tomato to a track by Massice Attack.

from the opening credit sequence

Jim Clark cut the film down as best he could, but there's only so much an editor can do. I tried to inject some pace into the music, but when the music pushed faster it only made the film feel slower. In the end I felt I could more successfully score the "scale" of the conspiracy rather than its clockwork machinery, which seemed to be immune to any speeding up.

After the score was complete Michael came under great pressure from the studio to make the film "faster-paced", an understandable desire for an international espionage thriller. They may have shot some more footage, but after months of editing there was little left to mess with than the music. He ended up bringing on a record producer named Danny Saber to "remix" my score. Michael politely asked if I wanted to be included in this process, but my one day of sitting in on Danny's sessions was too dispiriting to repeat. He was recording electric guitar power chords over David Torn's much more interesting guitar work. In the end all I could do was listen to Danny's results and list a few pieces that I thought were frankly embarassing in that hope that Michael would not use them. In the end they were all in the film. (The original recordings are available in the Audio section of this page).

I considered taking my name off the film, but felt there was still enough of my music there to justify keeping it as it was. But this painful experience was the end (at least so far) of my ongoing collaboration with Michael Caton-Jones. 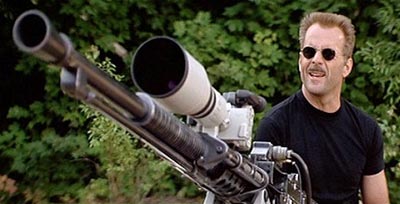 The score to The Jackal was never released as a soundtrack album. Here, for demo purposes, are some excerpts from the score: 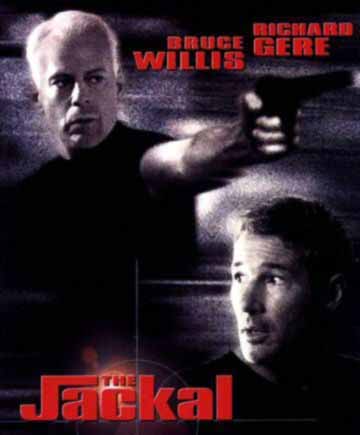 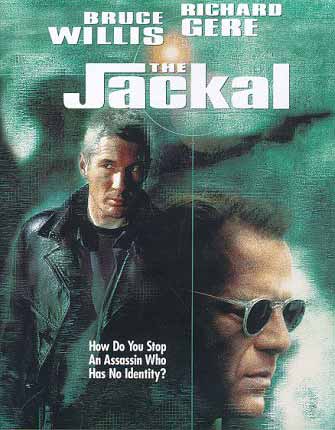 "... Although it may seem somewhat contradictory to say it, The Jackal is a departure for Carter Burwell, but which still somehow sounds like all his other scores. The stylistics are there, and the familiar instrumentations are still in place, but he uses them in a new and refreshing manner that is highly pleasing to the ear and - more importantly - fits the film. Fans of Burwell's earlier works will undoubtedly get a kick out of hearing how Carter has managed to work his musical round pegs into the Hollywood square hole, while those new to his scores will undoubtedly be pleasantly surprised." - Jonathan Broxton, Movie Music UK, 2000.